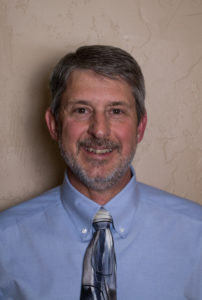 Craig has 28 years banking experience as a commercial real estate lender, team lead, department manager, and market manager. He has worked in the markets of Las Cruces, Albuquerque, and El Paso and currently serves as the market president at U.S. Bank. Craig is actively involved in the community and also serves as a board member for The Bridge of Southern New Mexico, past chair of MVEDA, past president of Downtown Las Cruces Partnership, NMSU President’s Associates Scholars board, New Mexico First Treasurer, Borderplex Alliance board member, City of Las Cruces Economic Development Committee Vice-Chair and is a 2012 graduate of the Leadership New Mexico program. 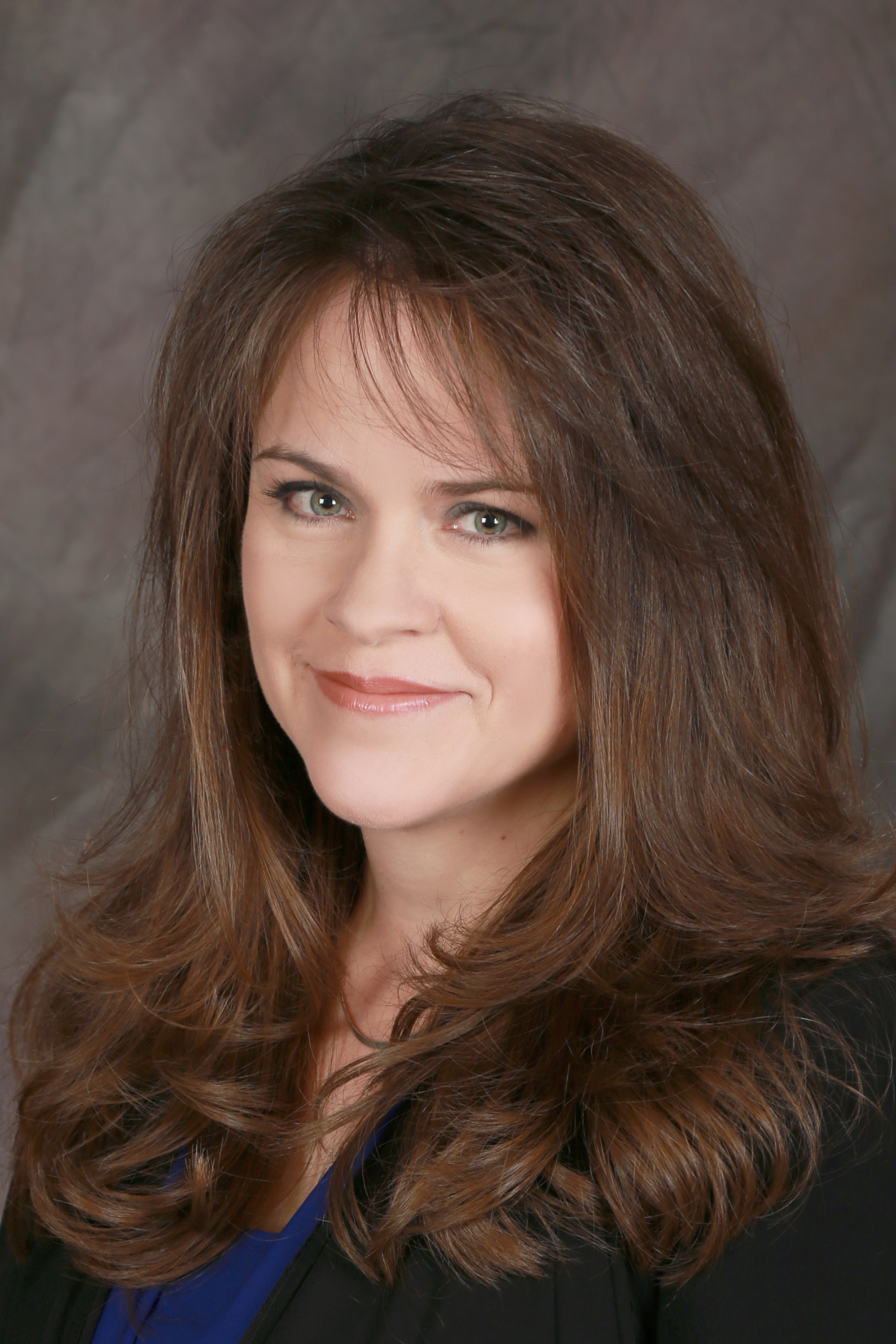 Celeste holds a master’s degree in business administration with a bachelor’s in accountancy, and is a certified public accountant. She has extensive experience in several industries, including healthcare, telecommunications and higher education. She has been responsible for strategic development, budgeting, and process improvement, and has led a business operations group supporting 25 locations and 470 employees. As a current Vice President and Risk Management/Process Improvement Officer at Citizen’s Bank her responsibilities include identifying, assessing, reporting and monitoring internal and external risks. 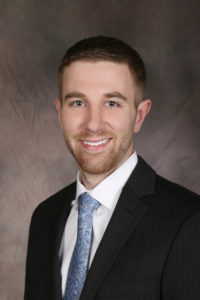 Preston grew up in Hatch where he spent the majority of his time in his parent’s pharmacy or on his grandparent’s farm. Starting in just 4th grade, he began helping to sell his family’s green chile on the weekends in Santa Fe. During his fourth summer working for his grandparents he launched the virtual version of Berridge Farms with the goal to expand their customer market through the use of technology–and it was successful! Preston later attended New Mexico State University graduating with accounting degrees. Preston bought a Las Cruces chile-roasting company and his grandparents’ online business to merge the enterprises into the couple’s online business, The Hatch Chile Store. He is passionate about improving The Hatch Chile Store by implementing the best business practices by staying current with website updates and striving to meet his goal of increasing wholesale and individual customers while also lowering the price.

Melissa is a twenty-year resident of New Mexico. After completing her undergraduate degree, she was offered an engineering position at the NASA White Sands Complex in Las Cruces, NM and has been a part of the community ever since. Melissa has coached young girls in the Las Cruces Christian Baseball League, started women’s groups for high school/college-aged young women, leads a women’s book club, teaches women’s bible study, organizes community service projects, and speaks at women’s conferences. She holds a Bachelor of Science in Mathematical Sciences and Master of Science in Industrial Engineering from New Mexico State University.  In her professional life, in addition to her engineering management position, Melissa also serves as the NASA White Sands Complex Ethics Advisor. 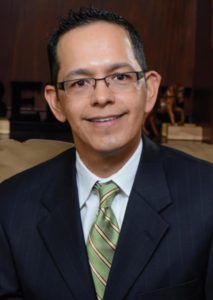 Sabrina possesses more than 10 years in healthcare leadership in acute and in-patient rehabilitation facilities. Today, she is responsible for the leadership and management of the day to day functions of the Rehabilitation Hospital of Southern New Mexico.

After earning her bachelor’s degree in biology from New Mexico State University in Las Cruces, NM, Sabrina also completed her master’s degree in physical therapy at the University of Texas in El Paso, Texas. She is a member of the National Stroke Association Rehabilitation Steering Committee and American Physical Therapy Health Policy and Administration.

Sabrina is committed to elevating her community in all its facets and serves on the Greater Las Cruces Chamber of Commerce Board of Directors and New Mexico State University’s College of Health and Social Services Advisory Board. 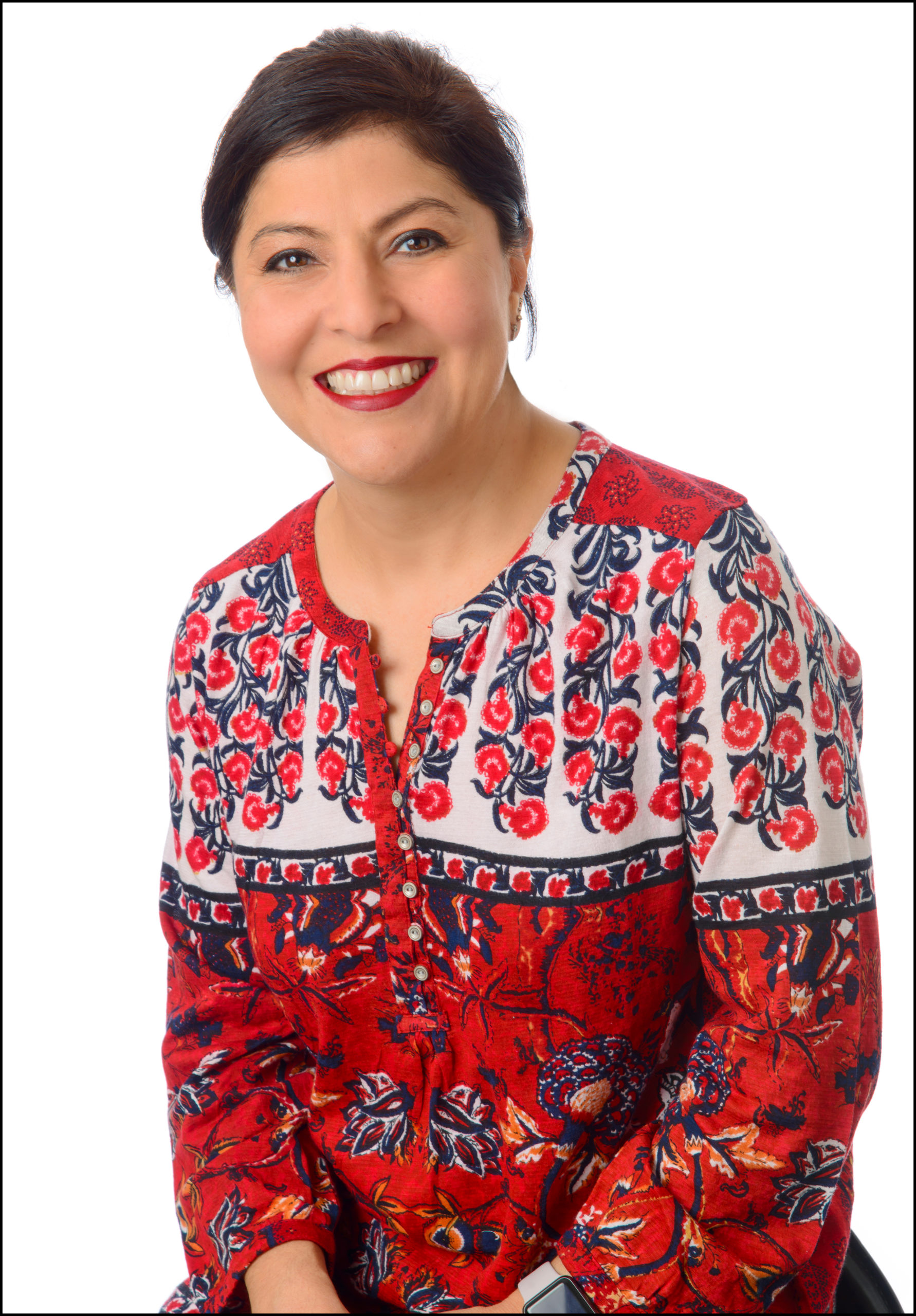 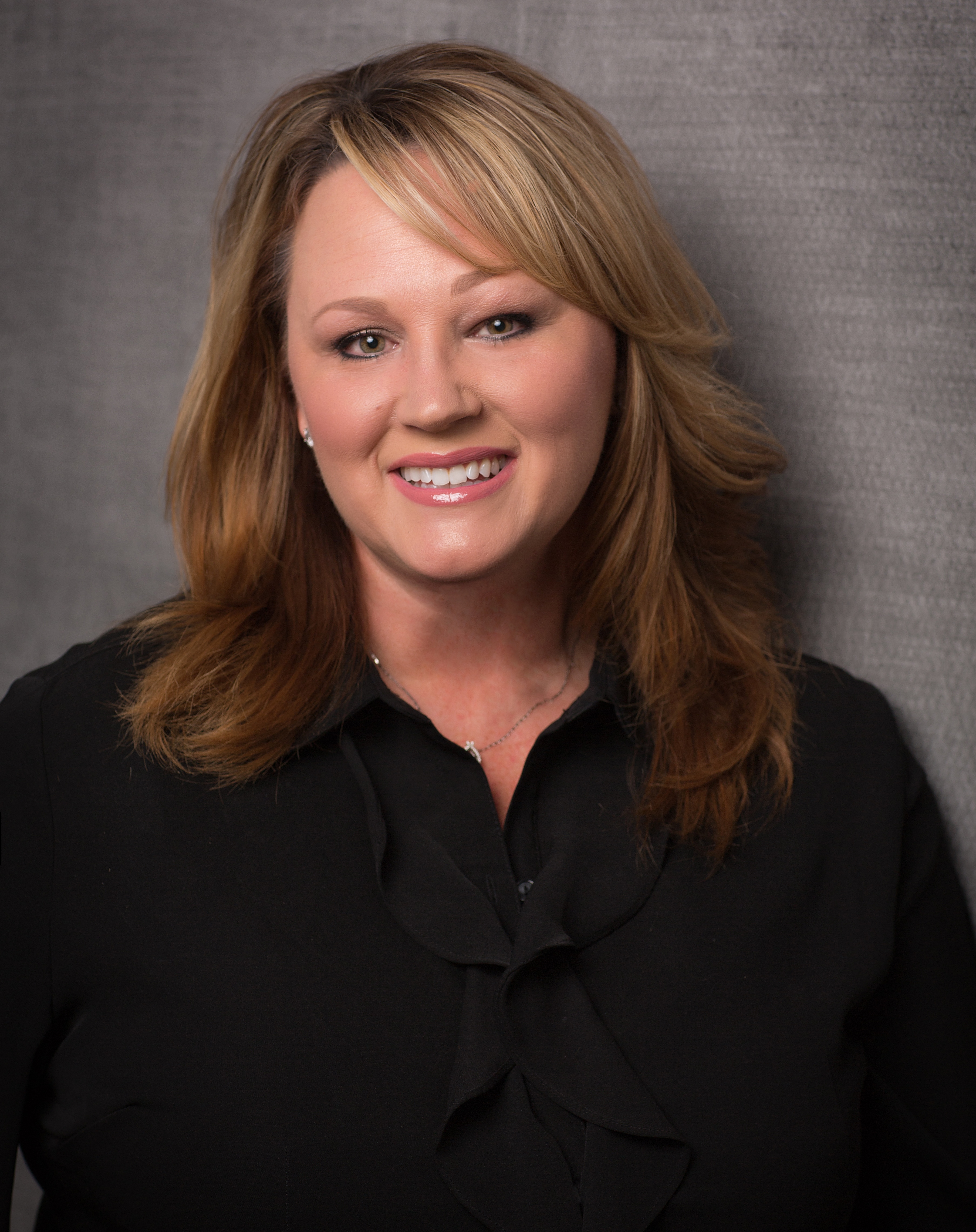 A native of Las Cruces, Kelly graduated from New Mexico State University with a bachelor’s degree in Journalism and Mass Communications/Broadcasting. She has worked extensively in media and public relations in both Las Cruces and El Paso and since 2011 has been at the Doña Ana County Sheriff’s Department as its Public Information Communications Specialist. She assists the Sheriff’s Department with all media requests, information releases and community outreach projects, while also coordinating and reporting within the Doña Ana County office. Kelly is also involved in the community as a member of the Junior League of Las Cruces, the Director of Public Relations at Mithoff Burton Partners, and the Editor in Chief at Mountain Dreams Publishing.

Chris Mitchell is a producer and mobile lab director with Electronic Caregiver and Addison Home Care. In addition, he is a corporate magician and lighting designer responsible for using motion capture 3d software and pressure mat walkway software for the first-ever mobile gait analysis lab. He is a lighting designer, and a speaker currently with a talk titled “Anorexia, a family’s journey”. 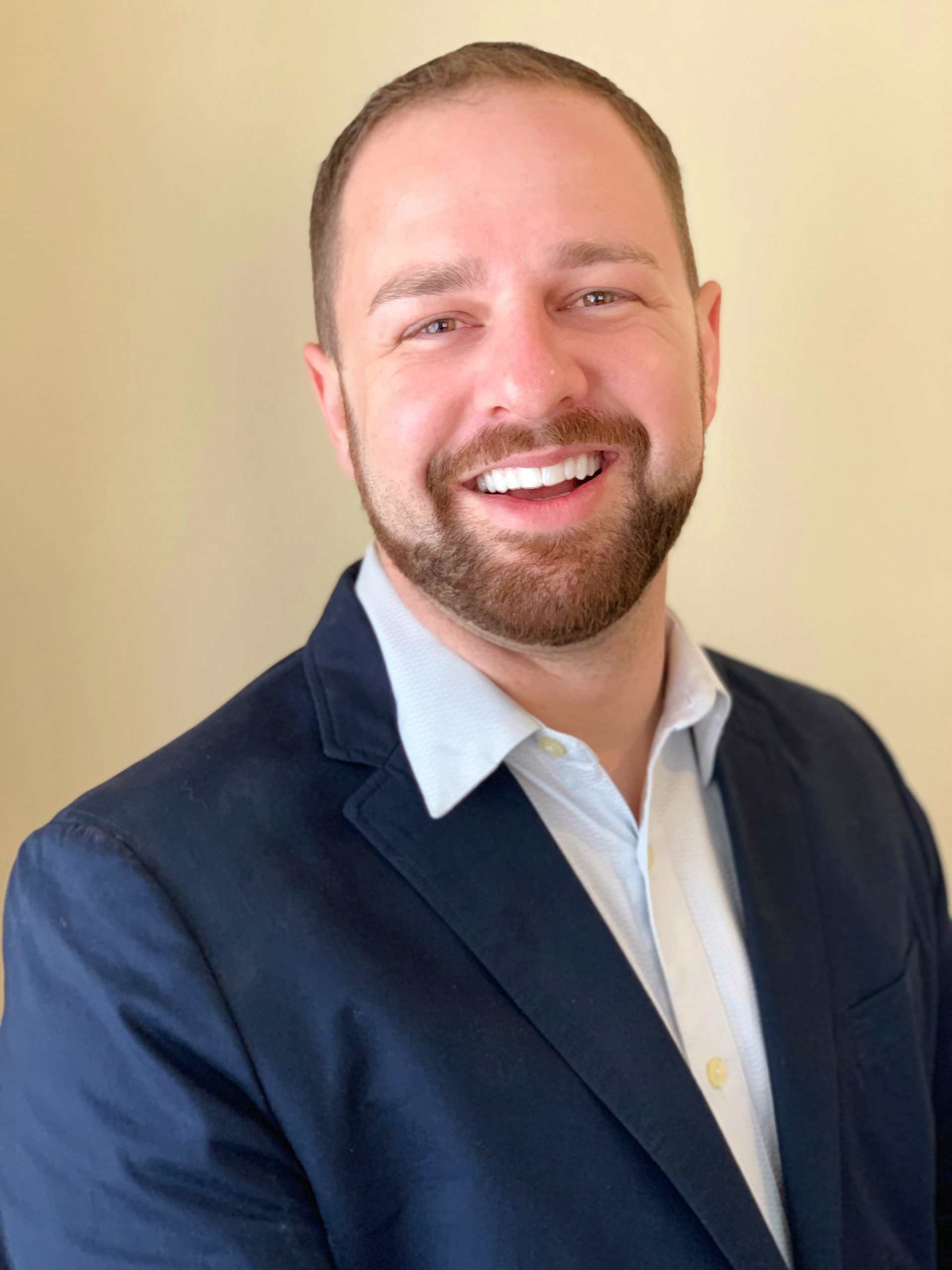 Christopher Schaljo was born in St. Louis Mo. Christopher started working towards his Bachelor’s degree at University of Missouri before he moved down to Las Cruces in 2010. He completed his degree program in Government at New Mexico State University in 2012. After college, Christopher was able to get involved in local and statewide politics while continuing to support his community, including chair of the Democratic Party of Doña Ana County where under his leadership they won every election possible. Christopher has been a member of community nonprofits around Las Cruces and surrounding areas, ranging from being involved with Red Ribbon Bash, the Chair of the Democratic Party, working one on one with the Trevor Project, and receiving the accolades of being Eagle Scout. Chris continually enjoys being involved in the community by fundraising for local nonprofits through their business venture, Salud! de Mesilla, where he is Owner and Operator, with his partner Russell Hernandez. 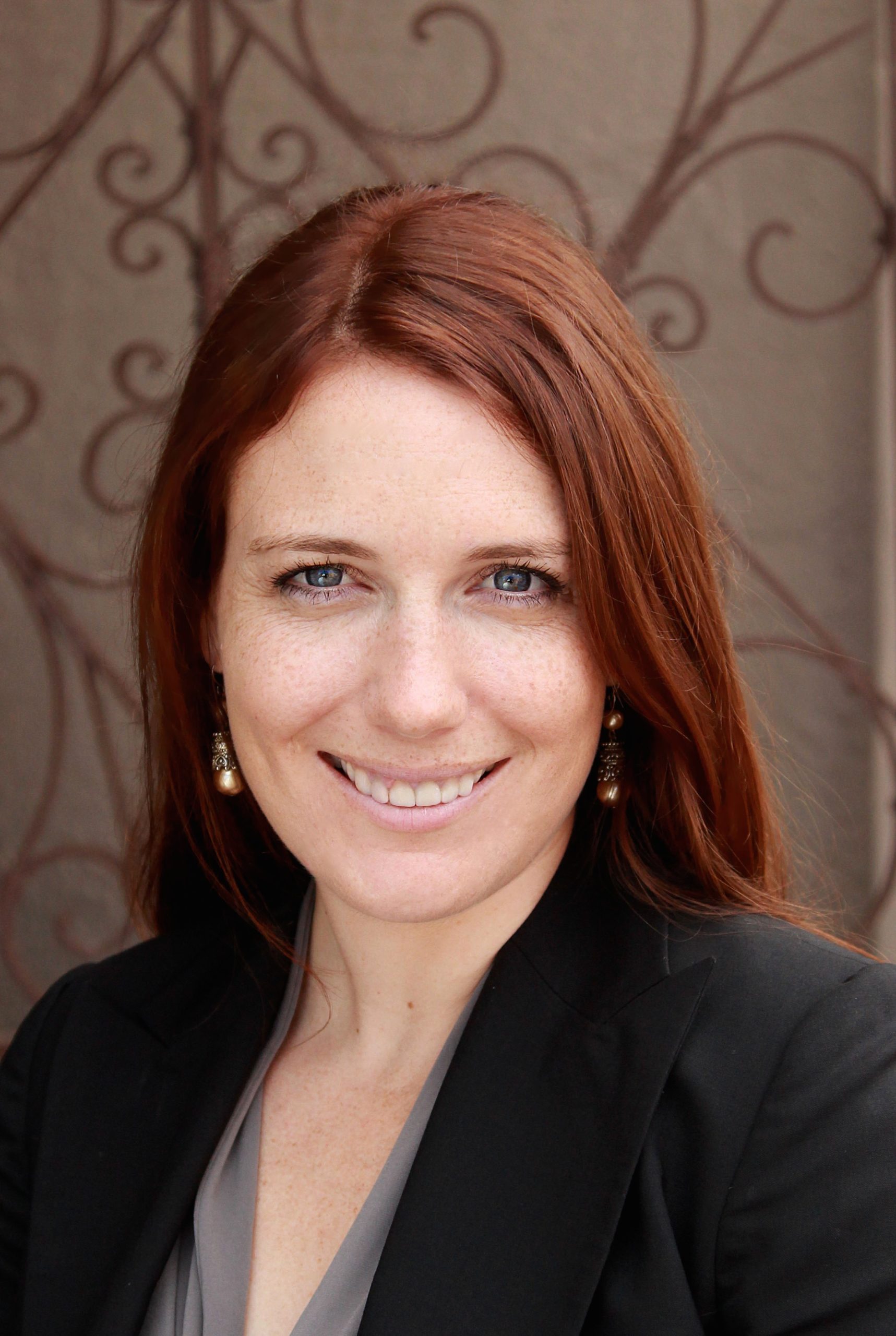 Kathryn (Katy) Brack Morrow maintains a diverse civil litigation practice, with a particular focus on the defense of healthcare providers in state and federal court, as well as before their licensing boards. Katy also represents clients in complex commercial litigation and environmental/land use litigation involving strict tort liability, toxic tort, breach of contract, fraud, negligence and intentional tort claims, and causes of action.

Katy speaks to industry groups on national and local levels on a variety of matters including healthcare law, toxic tort liability, federal lands issues, wind energy development, and land use/zoning matters. She has briefed and/or argued issues before state and federal district courts, the United States Courts of Appeal for the Ninth and Tenth Circuits, the Wyoming Supreme Court, the New Mexico Court of Appeals, and the United States Supreme Court.

While in law school, Katy was a member of the Baylor Law Review, and was a legal intern for the Honorable Jeffrey Manske, United States Magistrate Judge for the Western District of Texas. During her educational career, she completed internships with the United States Department of State at its embassy in Paris, France, and with Senator Pete V. Domenici in Washington, D.C.

Gary has more than 30 years of service with El Paso Electric. As the senior director of Information Technology and Information Security, Gary works across the El Paso Electric service area to protect our electrical infrastructure. As an emeritus board member of the Ronald McDonald House, Gary has served our state community for decades. His love for numbers will serve him well on the CFSNM Audit Committee.

He shares his spare time at home with his loving wife, Luisa, his daughter, Ana, his son Andrew,  his daughter-in-law, Shalini and his adorbale granddaughter. 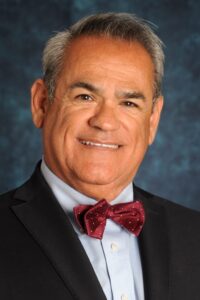 As an Emeritus NMSU faculty member, Dr. Reyes was an assistant professor with early childhood and bilingual education as his specialty areas from 2000 to 2006. Reyes also served as an associate professor in early childhood, bilingual education and educational technologies from 2006-2012 and Dean of the Graduate School from 2011 to 2017 when he returned as faculty to the College of Education. His background as an educational professional spreads from being a field-based instructor for Wheelock College in Boston from 1997-1999, a visiting bilingual teacher at the Universidad Nacional de Costa Rica in 1996, a part-time instructor at the University of Texas at El Paso in 1994 and a part-time instructor at El Paso Community College from 1991-1993.

Reyes completed post-doctoral work in educational learning technologies at NMSU in 2003 and earned his Ph.D. in curriculum and instruction, with a focus in early childhood education and bilingual education, at NMSU in 1997. He holds a master’s degree in teaching: curriculum and instruction as well as a bachelor’s degree in social work, both from NMSU. Prior to his career in academia, Reyes served as director of the Children, Youth and Family Program’s Home Education Livelihood Program from 1977-1997.

Loui shares his love for southern New Mexico with his large family including 8 siblings that live throughout the southwest.  We are honored to have his expertise in strategic planning and his time as a retired faculty member.  His time will be filled with creating good BBQ and volunteering with the CFSNM over the next 3 years. 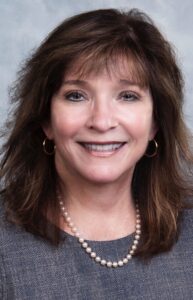 Beryl Ramsey is currently filling the Interim Chief Executive Officer role at Mountain View Regional Medical Center.  Her assistance in this role is part of her responsibilities as Vice President of Group Operations for Community Health Systems, Ramsey works with selected hospitals across the company to strengthen their performance across strategic imperatives and initiatives. She also works on broader operations initiatives to optimize support of affiliated hospitals.  She joined CHS in 2015 as Vice President of Operations for a Division of the company and later functioned in a Division President role in November 2017.  She transitioned to VP of Group Operations for all of CHS in August of 2019.

Ramsey has thirty years of executive healthcare management experience.  Prior to joining CHS,  she held various Chief Executive Officer positions in Texas and Louisiana.   She holds a Masters Degree in Business Administration from The University of Houston and Bachelor’s of Science Degree from the University of Texas, School of Allied Health.